Alpha Omega Bonzer Twin Fin shaped by Malcolm Campbell.
5’8″ x 20 1/4″ x 2 1/2″
Rider: J.P. St Pierre, CEO & Janitor of Surfy Surfy, Inc.
Height 5’7″ Weight 153 lbs Age 40.
The Campbell Brothers secretly made the best twin fin surfboard ever in the late 70’s.
For the most part it’s a familiar MR style twin, but loaded with the incredible Light Vehicle bottom Bonzer concaves.
My first session was in 2-3 ft offshore beachbreak. I super kooked my first three waves(ha!).
The A/O is really FAST and LOOSE. So much so it took me by surprise.
I have been riding twin fins for years but have never felt the “slickyness” and speed of this A/O. My feet settled in by the fourth wave and after that I was able to string some good ones together.
Most twin fins only want to surf in the pocket but the A/O will project you down the line Bonzer-esque.
Conclusion: Thanks to Malcolm and Duncan for releasing the A/O. I say it’s for experienced twin riders who want to take the next step. 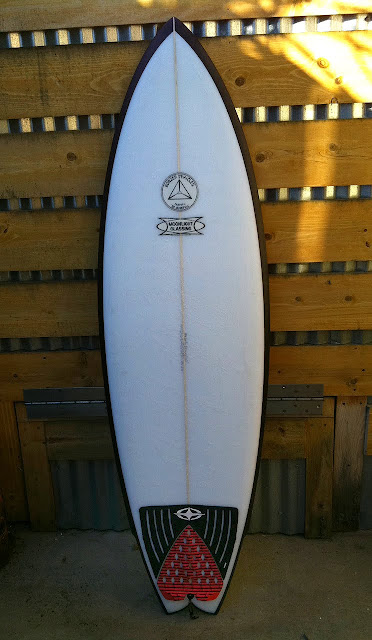 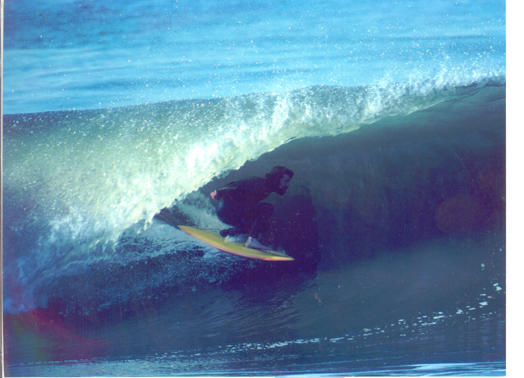 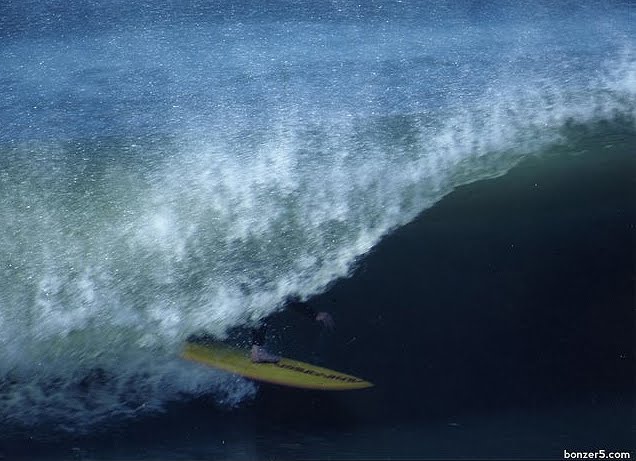 It slices, it dices!