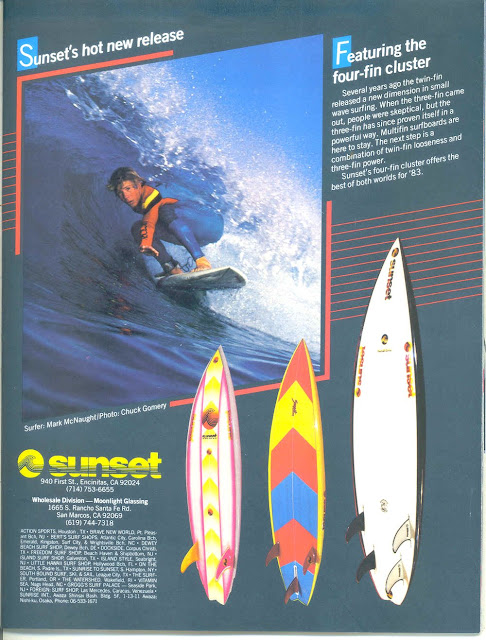 A mysterious gent named Red Bear sent me this Sunset Surfboards ad from 1983 that ran in Breakout Magazine featuring a young Mark McNaught getting slotted.
Note that Moonlight’s address is the same but with a zip code changed. Listed is a different from now phone number from when the 619 prefix covered north San Diego county.
I like that the tri-fin has a center box and that the quad has four fin boxes, most likely the Freestyle fin system.
The black rail quad has 6 logos on the bottom!
I love the outlines on those boards and of course, the flashy airbrushes.