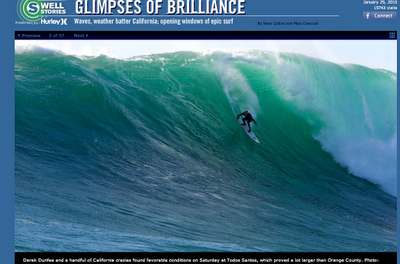 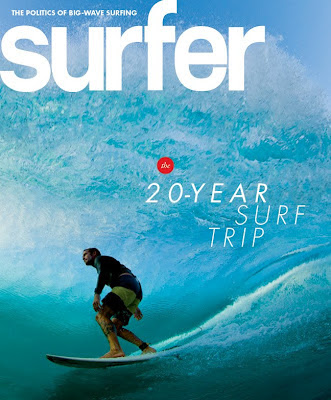 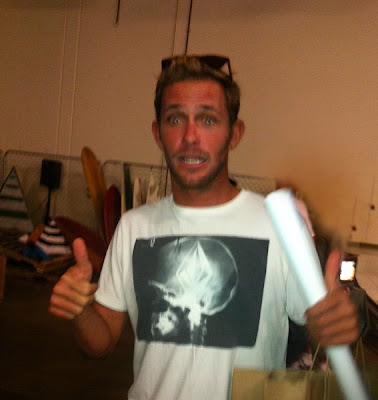 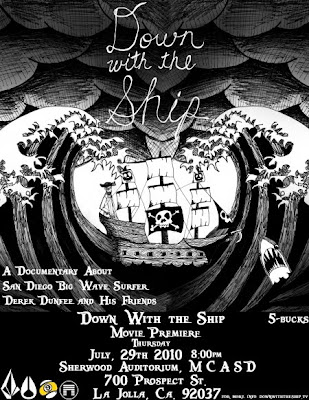 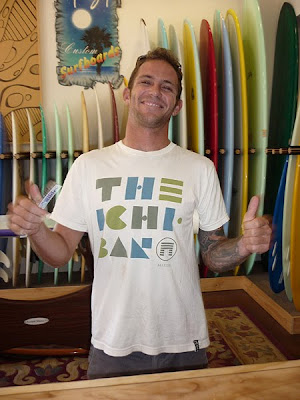 Down With the Ship from Derek Dunfee on Vimeo. 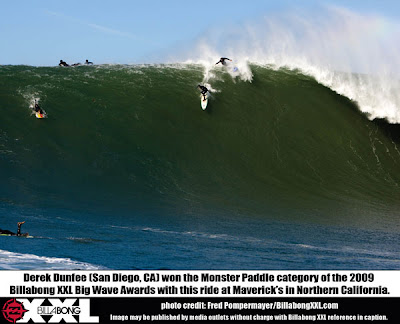 Derek Dunfee stopped by the shop recently to spread the word about the premiere of his new surf film Down with the Ship.
On June 9th 2008, Dunfee severely broke two bones in his leg while surfing in Fiji. Two days later Derek underwent surgery in San Diego California: eight screws and a titanium plate were installed into his leg.
On November 30th 2008, 5 ½ months after Derek broke his leg, Derek caught the winning 2008/2009 Billabong XXL paddle in wave at Mavericks.
This short film shows what happened in those 5 1/2 months leading up to Derek’s XXL winning wave.
Down with the Ship premieres 8:00 pm Thursday July 29 at the MCASD Sherwood Auditorium at 700 Prospect St. La Jolla CA 92037
Old school surf movie price, only $5 bucks!