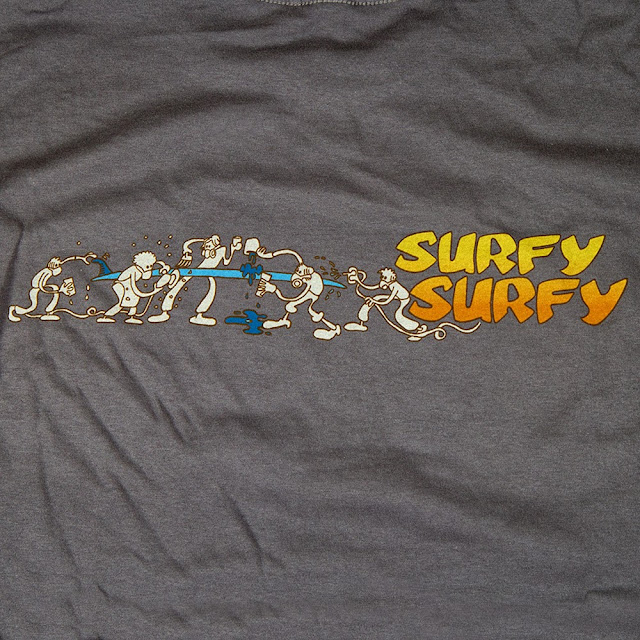 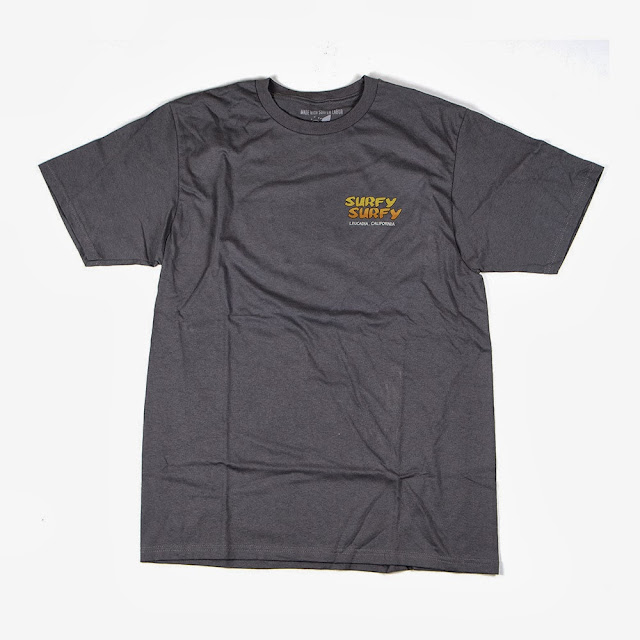 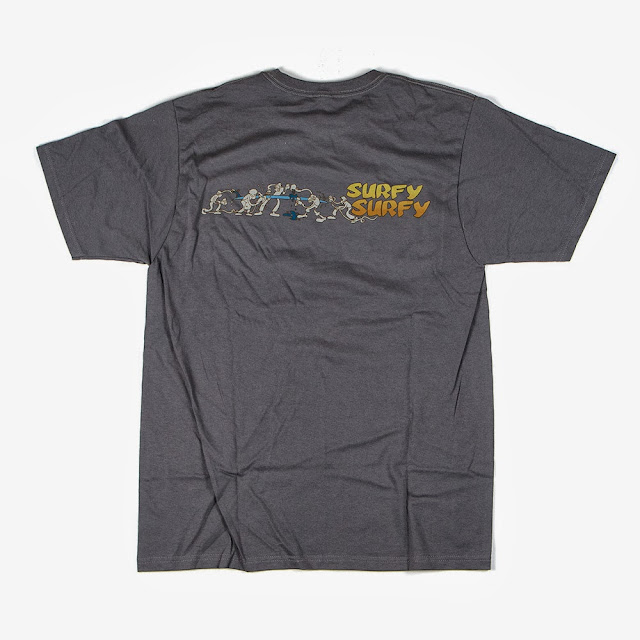 For some reason our society frowns upon those who don’t wear clothing in public.
So, cover that unsightly body hair and stomach flab with this keen Surfy Surfy t-shirt.
It features the beloved Surfy Surfy blog logo, originally the 1979 Moonlight Glassing logo.
That is the real Moon Crew depicted in comic form.
Left to right: Elmo the Fin Guy, Kenny the Sander, Marko the Glosser, Gary the Glasser and Peter the Airbrusher.
Out of the 5 guys depicted, 4 of them are still working out at the factory this very day (apparently Elmo got a real job).
When you wear a Surfy Surfy tee other surfboard nerds will respect you.
You will also look younger and stronger.
100% organic cotton. Printed locally by FWDscreenprinting.
Buy yourself a Surfy Surfy t-shirt and support Surfer Labor!
clicky clicky