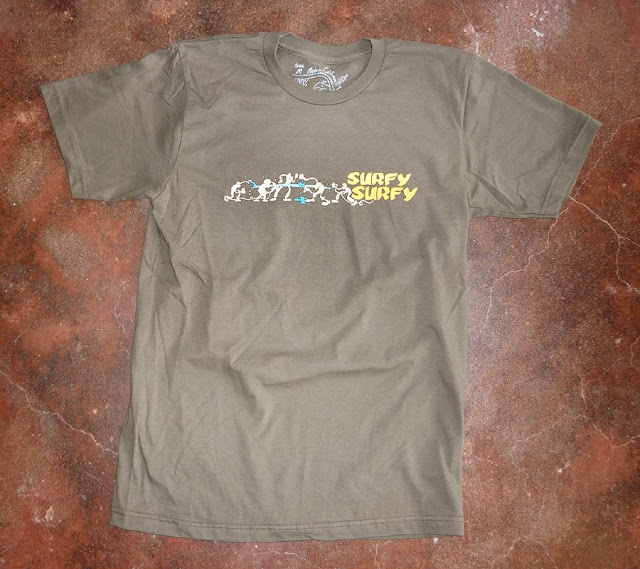 Check it out internet amigos, we just got a fresh batch of Surfy Surfy t-shirts delivered. They feature our new updated Surfy Surfy blog header logo.
The “surfer labor” cartoon was originally drawn by a talented surfer named Dana in 1979 for the brand new Moonlight Glassing surfboard factory.

Did you know that the color gradients in the Surfy