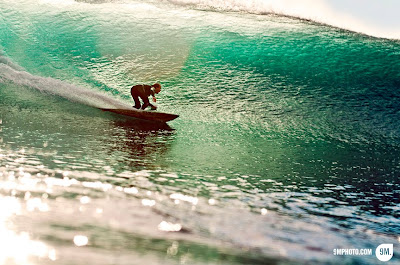 Friend of Surfy Surfy Dylan Jones was part of the “Dream Team” of off duty rescuers who saved the life of 49 year old surfer Chris Ryan at Black’s Beach on March 3rd 2010.

From State Beach Lifeguard Ed Vodrazka, “Chris Ryan, a veteran surfer and popular local at Blacks’ was seen taking off on a large wave…he pulled into a massive tube, was covered up and did not surface. He was held down for at least a second wave, and possibly more. A local surfer named Philippe Duhaime was paddling out inside of Ryan and witnessed the event happen. Eventually Ryan floated up, still attached to his board. He was face down and lifeless.

Duhaime struggled to hold Ryan up while he yelled for help to the pack outside. As fate would have it, LA County Lifeguard / Medic (and Black’s local) Dylan Jones was in the pack and heard the call. Jones took off on the next wave from the outside, expertly surfed it where Duhaime was holding Ryan and grabbed hold of the patient. Jones’ skills as a waterman allowed him to load the 180 pound unconscious patient on his 7’0 single fin and paddle him to shore. Jones’ skill in the water was likely the single greatest element to saving Ryan’s life, as only 3-4 minutes passed before the patient was on shore and being worked up.

Ryan’s fate was further blessed when an off-duty physician and fellow surfer (Dr. Mark Barcker) arrived to assist. Barcker and Jones began working on Ryan immediately. Ryan was completely lifeless; skin purple, apneic, pulseless, with blown pupils. The men had no AED, no resuscitator, no BVM nor pocket mask. A small crowd of locals watched in disbelief as their friend lay lifeless on the sand….apparently dead.

Although Ryan’s fate may have been to die this morning, he had no idea that he would have a “dream team” on scene to reverse that fate. Jones and Barcker worked together flawlessly. Jones, a recent graduate Paramedic took over airway management while the doctor assumed compressions. The doctor admitted that he needed an impromptu refresher on CPR compressions, which Jones gave him, then the team worked efficiently to save Ryan’s life.

Shortly after CPR was begun, Ryan’s pupils began to respond. Soon after, he regained a pulse and then regained spontaneous respirations. Medics arrived several minutes later, but by that time, the patient was already conscious and was answering questions.

Ryan had aspirated a considerable amount of salt water, and his fate (although encouraging) is still unknown. I’m writing this narrative only 2 hours after Ryan went down. There is little doubt in my mind that the efforts of Jones and Barcker saved Ryan’s life this morning and that had they not been there, it is doubtful that anyone else on scene would have been able to successfully orchestrate the rescue effort.”
-source: William Maguire
See also SignOnSanDiego.com Battered surfer rescued by well-trained trio 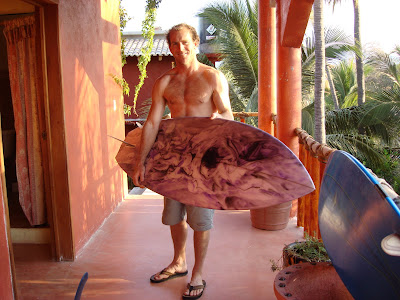